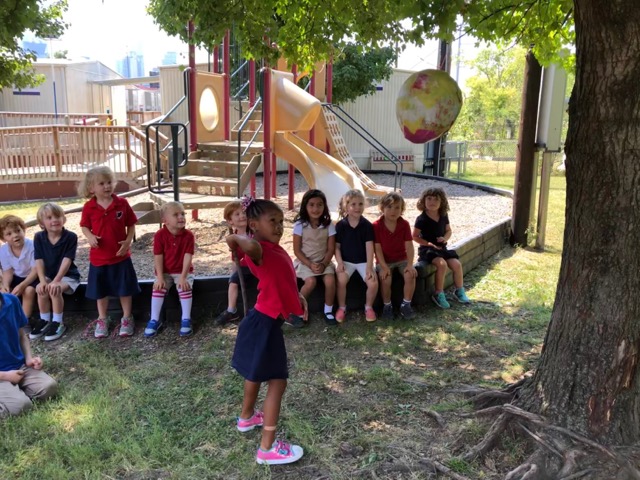 A note from Katie Donald, our Pre-K teacher

The story of our piñata:

One day during story time, I read the book Hooray, a Piñata! at a child’s request. Many children recounted fun experiences they have had with piñatas at birthday parties.  The next day, two students suggested we make our own piñata in the classroom and started a discussion about how we might do that. I told them that the only way I knew to make a piñata was with paper mache and a balloon.  Immediately they were all in, “OK! Let’s do paper mache!”

That night I researched other ways we might make a classroom piñata (thinking that I wasn’t sure I was ready to jump into paper mache this early in the year!) and found an idea to use cereal boxes, so the next day I came in armed with cereal boxes and tissue paper. For a morning table invitation, I mixed up a bowl of water and glue with paintbrushes, tissue paper, and the cereal boxes.

The children were intrigued with painting the watery glue on and making layers of glue and tissue paper. Some children painted the glue, some preferred to cut squares of tissue paper for layering, and some just wanted to watch. Throughout the work, there was still much talk about using a balloon and paper mache, so I finally blew up a balloon and we started gluing tissue paper pieces to it. We found that it was much trickier to work with a balloon than a cereal box! For a balloon, we needed someone to hold it still while others worked on it. Ms. Stix, our art teacher, glanced in as she walked by and immediately was intrigued with our project. Pretty soon she was helping hold the balloon and cover it with tissue paper and glue!

For the next few days, we checked on our balloon project (the cereal boxes ended up in the recycle bin because they just weren’t as fun). Several times we added more layers of glue and tissue paper, letting it dry for a day or two between each layer. During this time we discussed what we could make or get to  put inside the piñata for when we busted it. A student made some green confetti that we might use and others thought I should bring in candy. There was even discussion about waiting until Halloween when we could bring in our trick or treat candy! Also during this time, another student found a perfect stick for hitting the piñata when the time came. We put the stick on a shelf to save it for when the time came for breaking the piñata.

Finally, one day the tissue paper seemed hard and dry and it was time to pop the balloon inside. A student thought we could use a sharp pencil to pop the balloon, and indeed, it did the trick. We listened as the popped balloon pulled away from the tissue paper shell inside. Now we definitely needed to fill it! Another student had just made a pipe cleaner/ jingle bell bracelet in the art area and suggested we make twelve of those to put inside our piñata. Immediately she had a group of friends eager to help make bracelets. We strung bells on pipe cleaners and twisted them closed, counting after each completed one until we had a few more than twelve. Next, we carefully stuffed them inside the piñata and taped (and taped and taped) the hole closed.

When we took our piñata outside to hang and hit it, the second grade was on the playground and they were excited to watch! Each of us got two turns to hit it, and we even let the second graders take a turn. By then, the piñata was nearly busted so we broke it apart and eagerly put on our jingle bell bracelets.  We even took one to Ms. Stix to thank her for helping us. 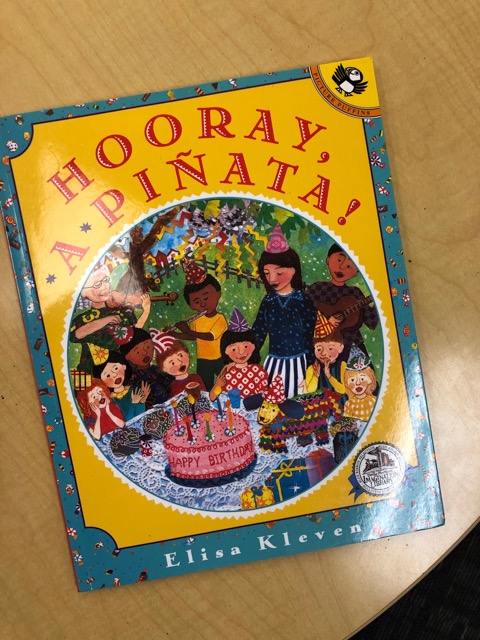 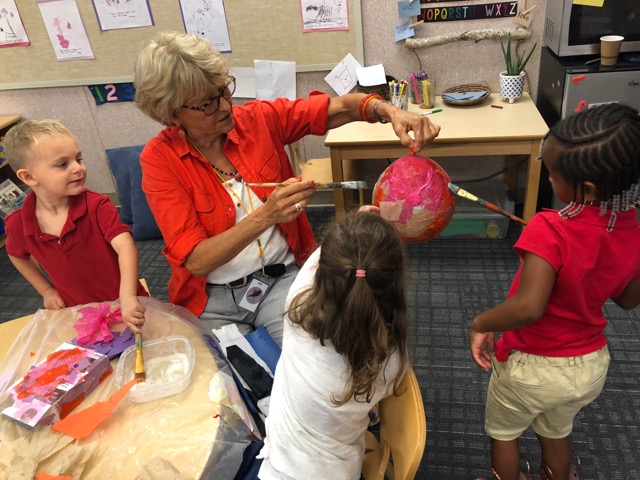 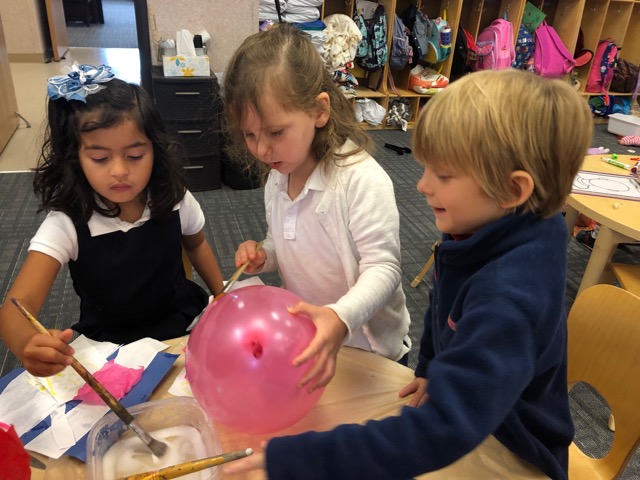 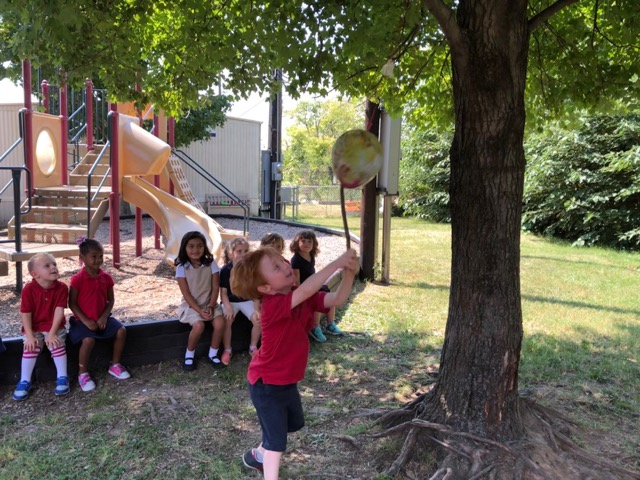 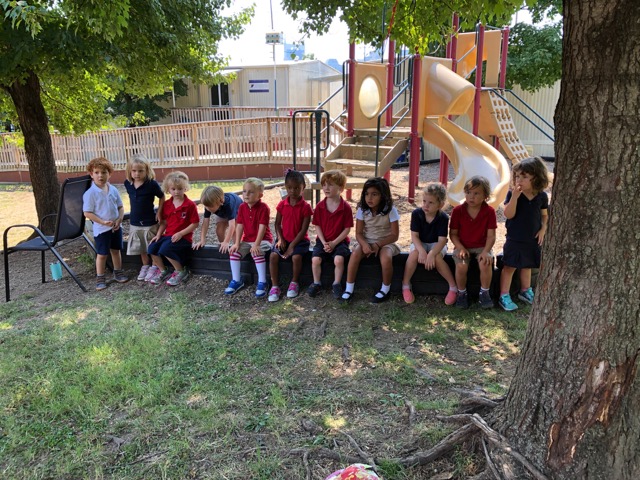