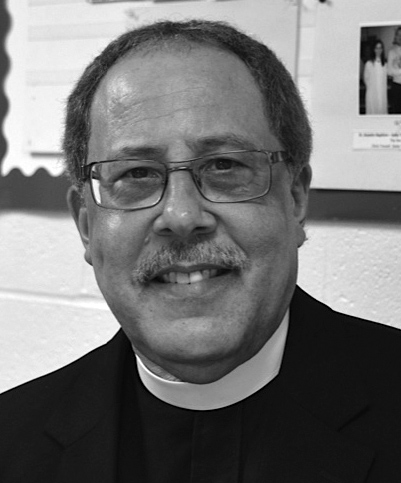 Rick Britton retired in 2017 after thirty-seven years in the ministry. His last position was serving as Rector of St. Ann’s Episcopal Church located in East Nashville where the campus of ESN is located. He is also a member of the Beloved Community: The Diocesan Commission for Racial Reconciliation for the Episcopal Diocese of Tennessee. He has served parishes in Denver, Colorado; Columbia, South Carolina; and Atlanta, Georgia. He was the Episcopal Chaplain to Fisk, Tennessee State, and Meharry Medical College.

Rick has served on numerous diocesan and national church committees and commissions. He has traveled overseas on two occasions to Haiti as a member of the Episcopal Commission for Black Ministries and as chaplain of a medical missionary team from the Diocese of Upper South Carolina.

Rick is an alumnus of Leadership Atlanta. Rick and his wife Donna have two adult sons. Evan graduated from Oglethorpe University in Atlanta, and Derek graduated from Middle Tennessee State University. They both attended and graduated from Holy Innocent’s Episcopal School in Atlanta, Georgia. Rick was a member of the Board of Directors of Holy Innocent’s. Originally from Pittsburgh, Pennsylvania, Rick earned his Bachelor of Science degree from the University of Pittsburgh and his Masters of Divinity degree from the General Theological Seminary.