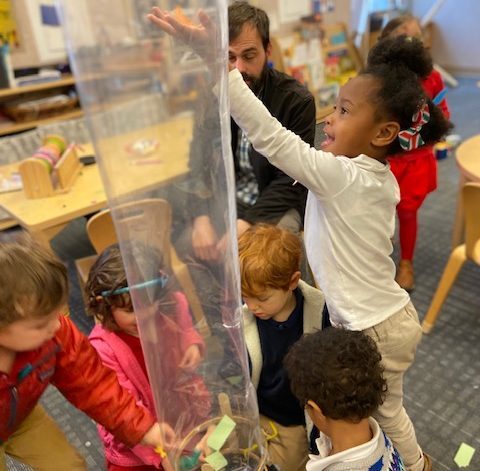 The Best Lessons are Unplanned!

A note from Mrs. Donald, our Pre-K teacher:

Sometimes the best lessons are the ones you don’t plan. This week, for example, we had hands-on, meaningful lessons in empathy and kindness, ramps and speed, cooking, and wind that were not written down in my weekly lesson plans on Monday morning.

The most ingenious, collaborative and exciting project this week, however, came from the children’s interest in the wind tunnel at the science museum Monday. When we reflected on our favorite experiences from the field trip, many children remembered the wind tunnel and sending the cone cups sailing up and out. It was really cool; I know that my group spent more time there than at almost any other exhibit. When we got back to school, I immediately talked to Mr. Jordan about the children’s interest and whether he could help me construct something similar in our classroom. Mr. Jordan responded confidently, “Of course!” (which is how he responds to nearly any and all ideas, no matter how far-fetched they may seem). By Tuesday afternoon, we had researched ideas and found a plan we thought we could simulate. I had popsicle sticks, an embroidery hoop, hot glue, and a sheet of lamination. Mr. Jordan had zip ties and a fan. Together we had everything we needed for a wind tunnel! Quickly we made a plan to spend our class gardening time on Wednesday constructing a wind tunnel and going on a nature walk to collect items to test in the wind. Mr. Jordan began by introducing the word “prototype” to the children as a word that means “your first try.” He asked the children what we might need to make a wind tunnel prototype and each suggestion led to him pulling out a part of the machine and constructing it right in front of them. Soon we were experimenting with small pieces of paper, feather, gathered grasses and leaves, and our prototype worked! So much joy and excitement: “This is awesome!” “I need a wind tunnel at my house!” “Party! It’s a party! It’s a wind party!” “It’s a FUN MACHINE!” Mr. Stuart heard us and came to see what was going on, declaring, “I could stay and do this all day!”

The next day Mr. Jordan began by asking what ideas the children had that would make our prototype work better. Suggestions were something with paper, something light, something that spins, and something that flies. Delighted, Mr. Jordan pulled out paper templates he had made for each child to fold into whirligigs that could be blown up the tunnel and would spin on the way down. It could not have been better reading of minds!

One other field trip followup activity we did this week was to draw the parts of the field trip that we enjoyed the most. Of course, once one child drew the fart slide, that became a “must document” piece of everyone’s drawing!

Have a good weekend, 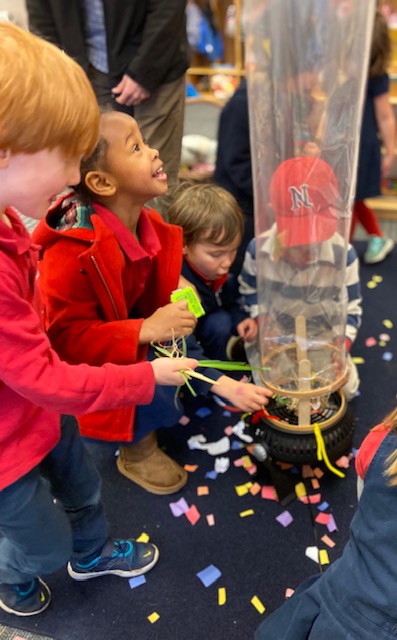 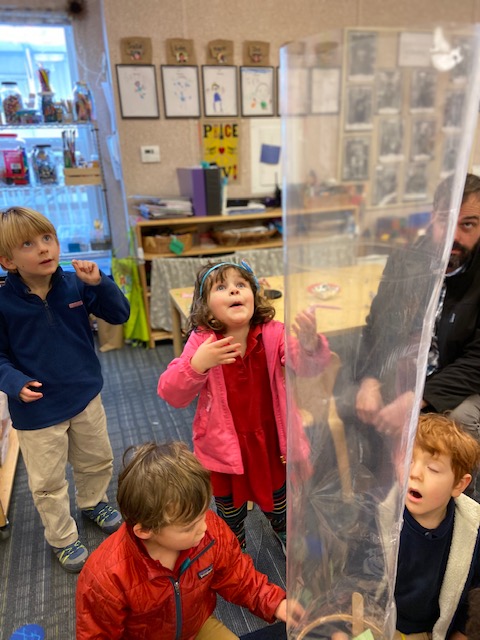 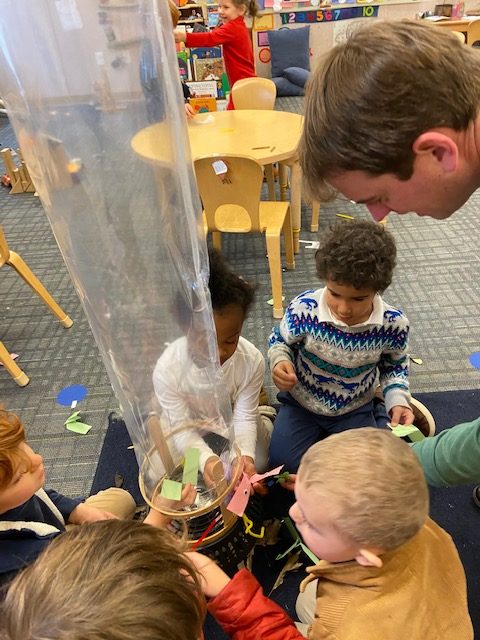 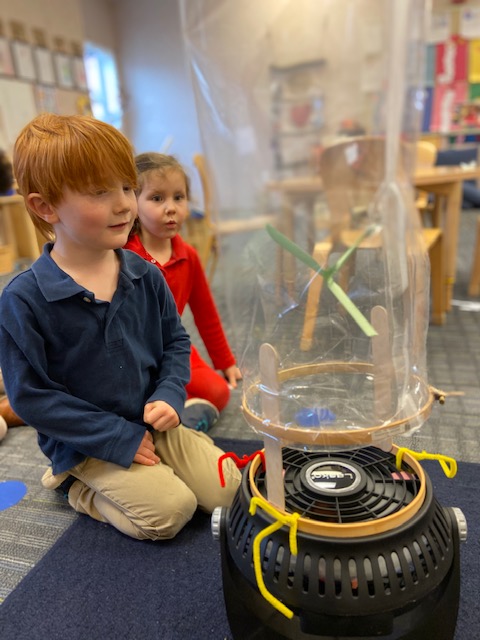 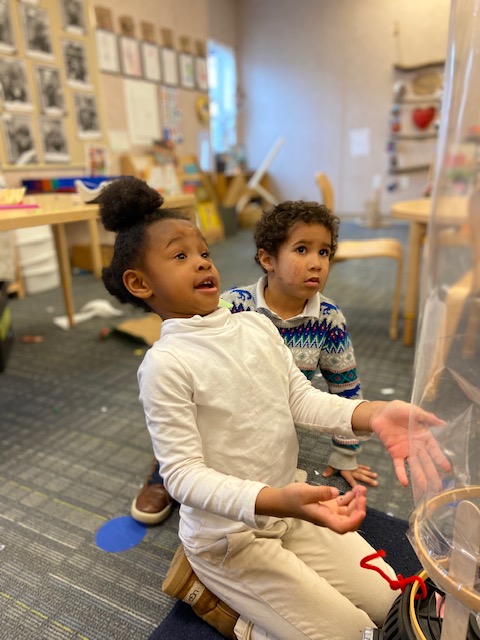 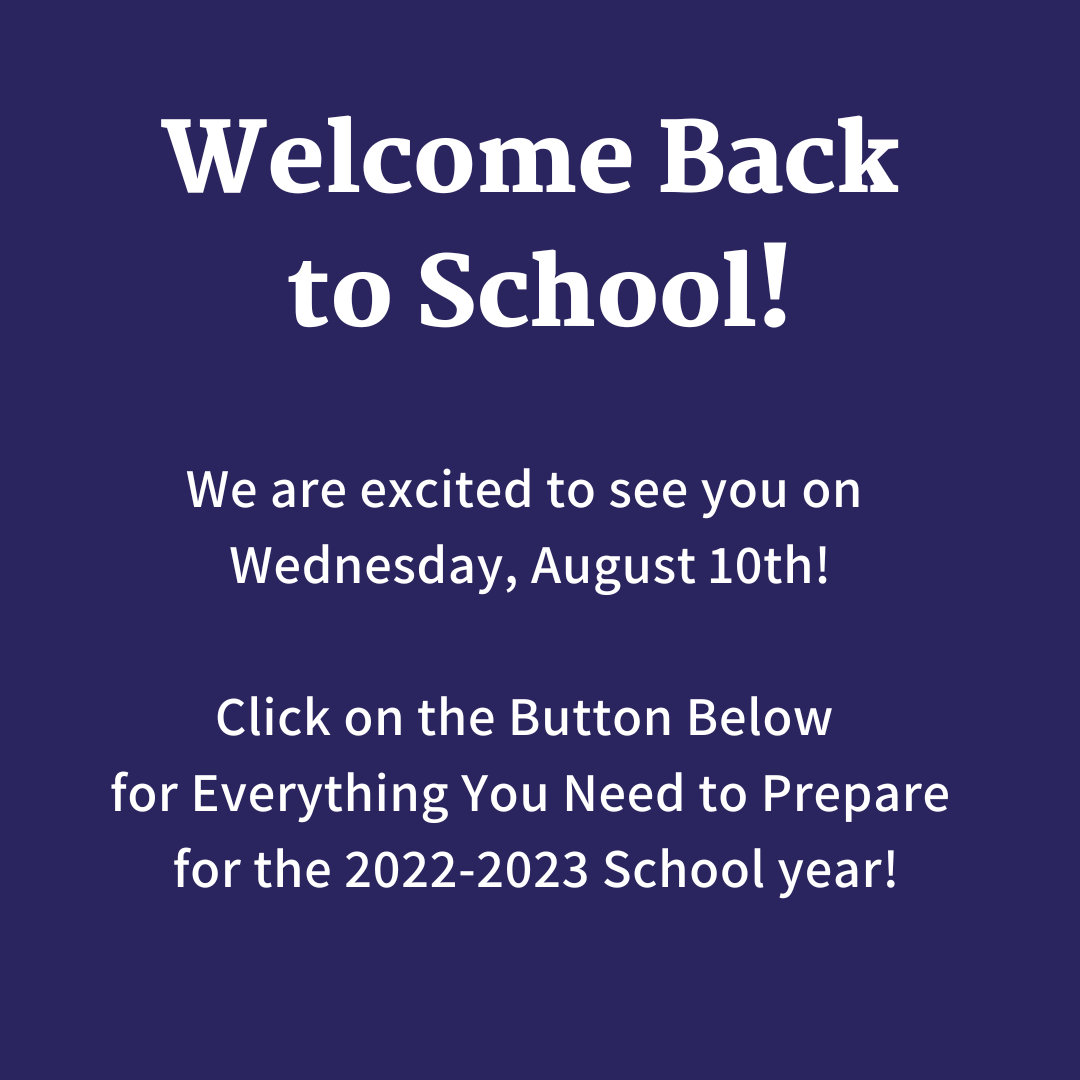 22-23 Back to School Resource Page